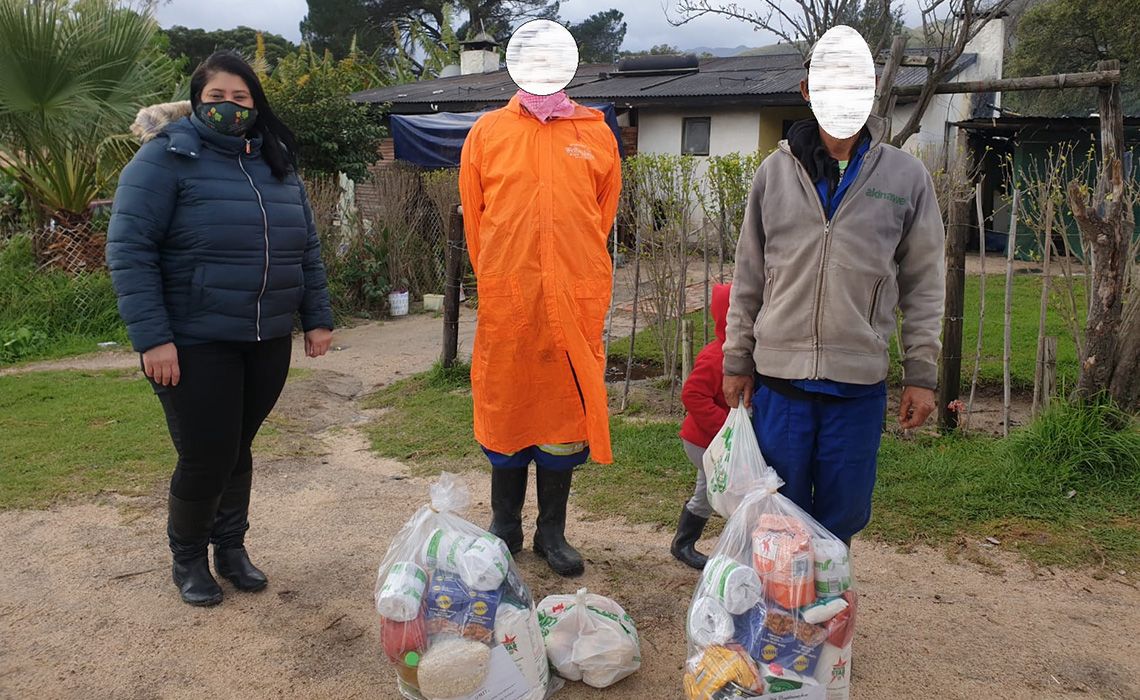 WITU efforts assisting those in need during the COVID-19 pandemic

Ever mindful of the economic hardship occasioned by the drawn-out Covid-19 Pandemic, the South African Wine Industry Transformation Unit (SAWITU) has provided a raft of support measures to the wine industry, in which it operates. Newly appointed Board Chair, Mr. Tshililo  Ramabulana committed SAWITU’s efforts and resources to a wide-reaching campaign to support, not only businesses in the sector, but farmworkers as well.

“Supporting our community is central to our agenda and with many of them falling on hard times, we had to step up and rise to the challenge,” said Ramabulana.

Over the past six months, SAWITU provided emergency Covid-19 relief to 15 qualifying Black-owned wine enterprises to the tune of R1.35m. In addition, 15 Black-owned farms received emergency relief totaling R450 000 over the next three months.

“Acutely aware of the importance of the farmworker in the value chain and the fact that many of them went unpaid for a considerable period of time, we rallied to the cry and provided more than R500 000 in support to farmworkers and farmworker communities in the past six months,” said SAWITU’s Transformation Operations Manager Wendy Petersen.

The majority of those affected and assisted by SAWITU were unemployed during the period and received no State support. “These communities were already mired in poverty, and with the unemployment caused by the pandemic, we took a decision to provide basic food security at the least,” added Petersen.

SAWITU worked closely with NPO’s in the various regions to ensure that the most vulnerable were identified. The relief efforts targeted the neediest of communities and spread across Wellington, Porterville, Saron, Montague, Rawsonville, Worcester and Robertson.

“This is the first round of our ongoing support to the industry and their communities and we will make even more effort to assist during these unprecedented economic hardships,” said Ramabulana.

Wendy Petersen, the Operations Manager of SAWITU has overseen and ensured that the relief efforts were recorded and accountable measures were in place.