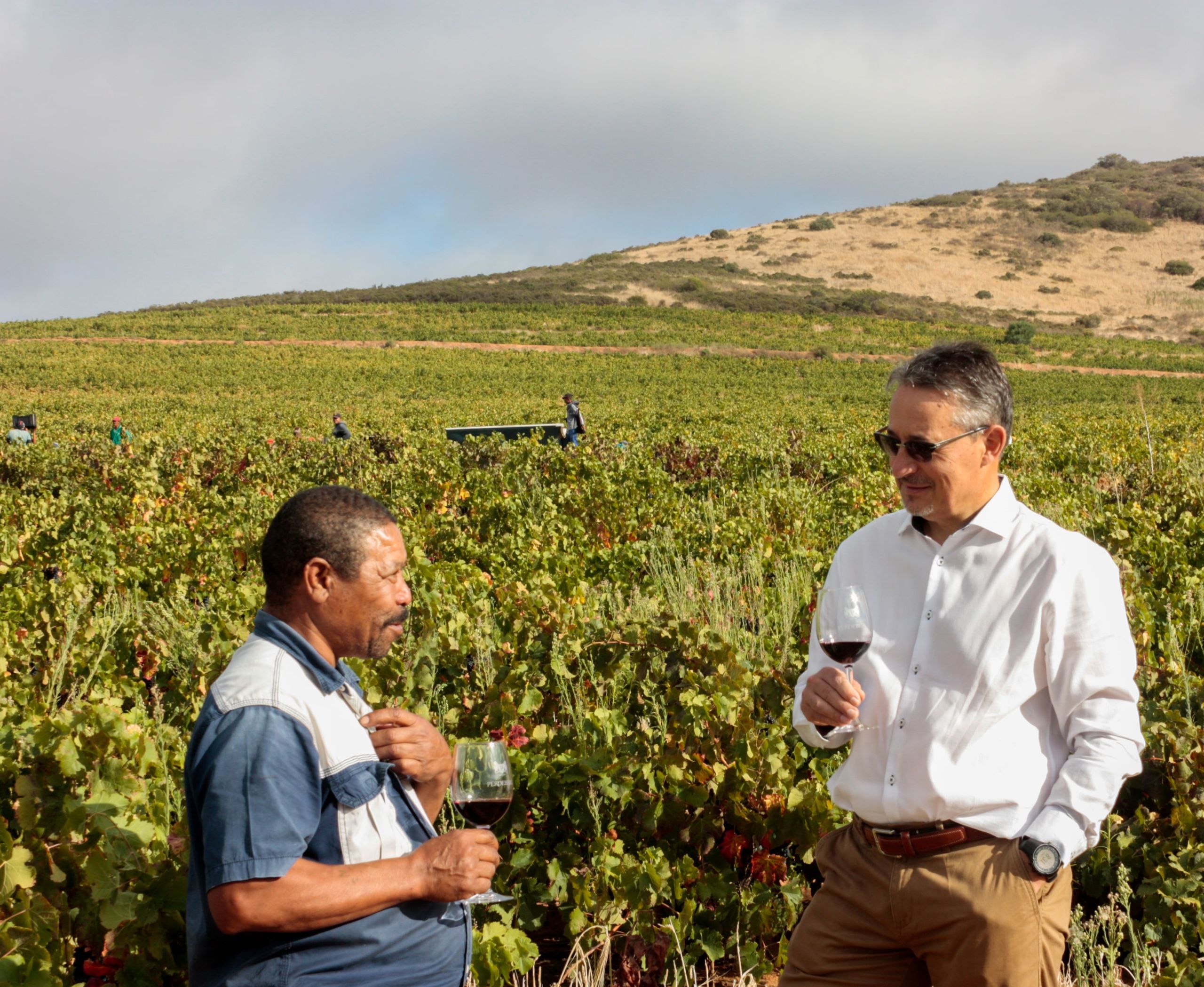 Klein Môrewag, a grape producing farm in the Swartland district of the Western Cape has been home to Dawid Diederiks for most of his life.  It is on this very farm that Dawid worked as a farm labourer for more than thirty years before his dream became reality and he was granted farming rights by the state in 2012.

At the same time, Perdeberg Wines was looking for a new grape supplier when their paths crossed with Klein Môrewag.  This was the start of a strategic partnership between the farm and the winery, with Perdeberg providing operational funds, mentorship and a long-term grape supply agreement to Klein Môrewag.  “The supply agreement enabled Perdeberg to issue Dawid shares in the company in line with his grape deliveries and he started attending shareholder- and producer meetings,” says Gerhard van der Watt, CEO of Perderberg.

Dawid cultivates popular varietals such as Cabernet Sauvignon, Merlot, Shiraz, Sauvignon blanc and Chenin blanc on the 321-hectare farm, which has its own dam for irrigation and housing for Dawid, the workers and their families.  “I am very proud that I am able to secure a future for my family and fellow workers on the farm,” says Dawid.

Always eager to learn, Dawid spend significant time with Perdeberg’s viticulture, production and finance teams who have been instrumental in advising and supporting him over the years. He now produces grapes to the full potential of the vineyards and is skilled in finance and business administration.

“Mentorship support for us is a team effort and to a large extent hands-on help in the field,” says Gerhard. “It’s also a continuous process that requires full involvement and commitment in order to achieve success.”

With the help of fellow farmers in the Swartland area, Dawid diversified the business by using a section of the farm for grazing.  The farmers also donated some of their calves so Dawid could establish his own herd of cattle.

“We’ve come to know Dawid as a humble, friendly person, but what we appreciate most is his commitment to help others,” says Gerhard.  “Dawid not only ensures the welfare of the farm workers by providing them with an income, housing, transport and after-school care facilities for the children, he also donated feed to the Karoo farmers during the devastating drought in that region.”

To honor Dawid’s journey from worker to owner, Perdeberg launched a wine label called The Ploughman, which is sold internationally and provides a financial benefit to Klein Môrewag.