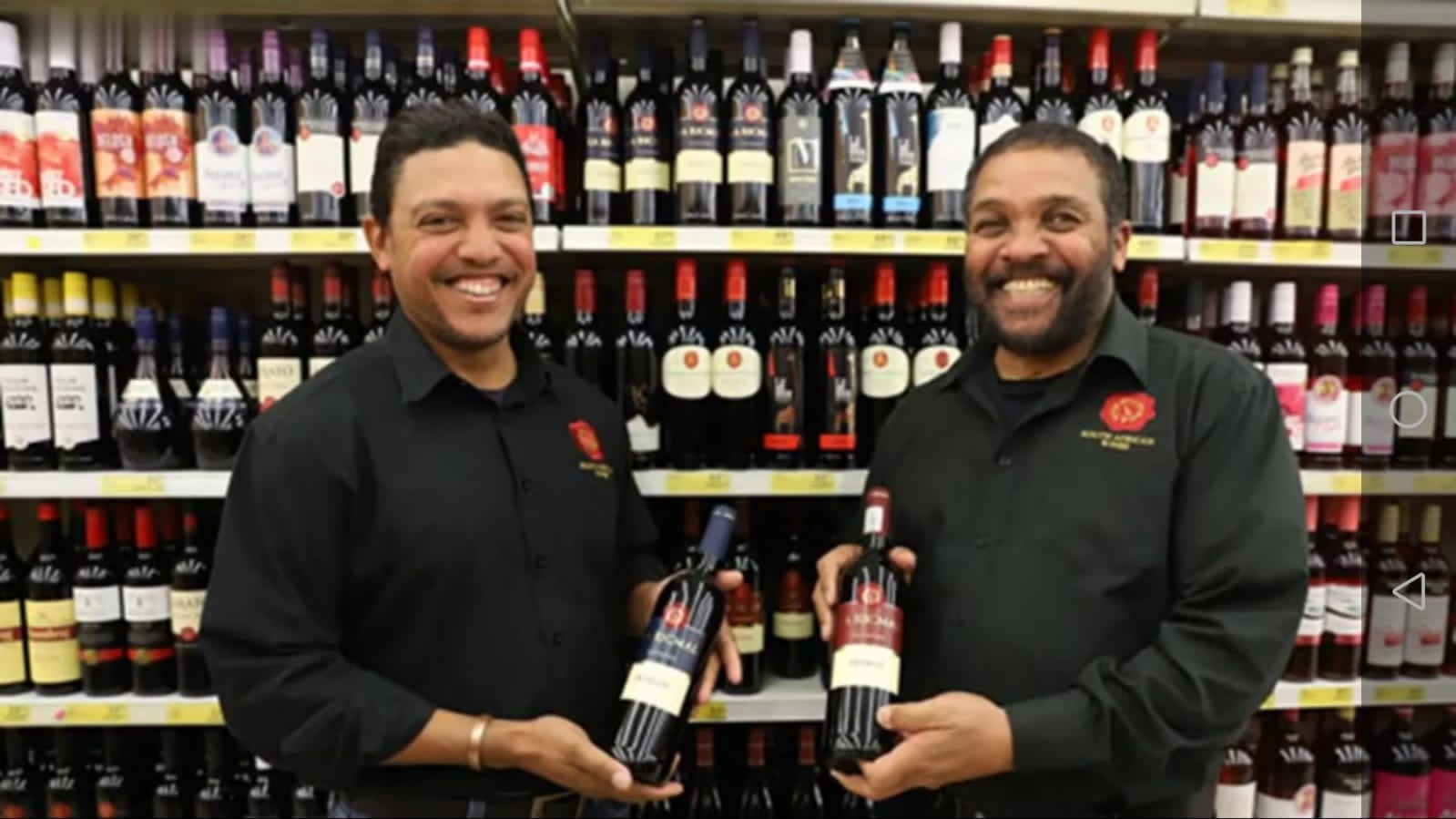 Running a business comes as naturally as breathing for Malcolm Green.  Having started his first business at the young age of 17, Malcolm developed into a seasoned businessman with more than forty years’ experience in the trade.

Malcolm is co-owner of La RicMal Wines, which he shares with his son Ricardo, and together the two are making huge inroads into the wine industry.

The Green family are no strangers to the wine industry.  Malcolm and his wife Cheryl started Green’s Bottle Recyclers in 1979, supplying recycled and new wine bottles to the industry.  The company grew into the biggest bottle recycling business in South Africa with five branches across the country and employed over 500 people at the time.

When the family moved to Cape Town, the shift in market forces became very evident.

With rising labour cost and growing unrest in the labour market around 2010-2012, the Green’s had a relook at the future of their business.  Water shortages in the Western Cape at the time was a huge concern, as the recycling business was dependent on large amounts of water and the availability of raw material started to affect the long-term profitability of the company.

“The key factor to survival in the business world, is reading the signs and knowing if or when to move on to the next phase”, says Malcolm.

The family consolidated their businesses and closed the recycling company in 2014.

Following in his parent’s footsteps, their eldest son, Ricardo, joined the family business in 2001.  Adopting the entrepreneurial spirit of his parents, Ricardo convinced his father in 2007 to venture into wine producing and marketing.

“Ricardo and I sat down, and we reviewed the benefits and long-term sustainability of the family business”, says Malcolm.

With their vast experience and trusted reputation in the wine industry, venturing into the agriculture industry was a logical next step of their business development.  “The agriculture industry consists of established organizational structures and the wine industry had a history of over 350 years.  It gave us access to the international market and fitted well with our ultimate goal to become the Nr1 South African wine company in the world”, says Malcolm.

Their first breakthrough was a listing with Shoprite, but this was not easy at all.  Building up their relationship with the retailer over a number of years, their persistence and discipline paid off and they started supplying 6 stores in the Western Cape.  One of the stores was in Springbok, and they only stocked one box of wine per month, but Ricardo diligently drove every month to deliver the box, although it cost them 5 times more than the income they received.  “Never give up is a crucial part of business success” Malcolm emphasized.

The brands’ next breakthrough came unexpectedly when Shoprite realized La RicMal wines had a 47% growth purely based on customer demand, with no advertising or promotions to push sales.  The Green’s were given the choice of a national listing with either Shoprite or Checkers.  Although they are in both retailers today, their initial choice was to start with Shoprite, as this addressed La RicMal’s growth strategy and gave them a sound platform in Africa.  They started supplying Shoprite stores in Angola and is currently in 11 African countries, making it the brand’s biggest market.

Initially, La RicMal was mainly self-funded, especially in terms of operational expenditure, and they used commercial bank loans to fund their growth strategy.  But venturing into a more than 350-year historically advantaged industry presented its own challenges and the Green’s went in search of funding support for their marketing initiatives.

They received the minimum support from the industry structure responsible for the international promotion of South African wine, but since 2011, participated in various international trade missions and trade fairs, funded by the Department of Trade and Industry (DTI) and Wesgro.  With these initiatives they build up strong linkages in countries such as Columbia, Ukraine, China, the USA, Ghana and others.  To this day, they still export a number of containers per month to clients in two of these countries.

La RicMal was the first black-owned wine brand to have membership with proudly South Africa and attended two very successful Tops@Spar wine shows in Durban, where they sold out before the end of the shows.

The brand’s national and international exposure increased with the tremendous support of the SA Wine Industry Transformation Unit (SAWITU) since its establishment in 2016.  The organization and its leadership brought about strong direction for black-owned brands, connecting them with various industry and government structures in the country and abroad and linking them with valuable business contacts.

“In 2019 we attended the Tops@Spar wine shows in East London and Pretoria with the assistance of SAWITU.  This was to accelerate our brand exposure since we’re already in the Shoprite stores in these two provinces.  Ricardo re-connected with the buyer for Tops, with whom we already had a long-standing relationship, and we ended up listing with 287 stores in East London”, says Malcolm.

“An industry structure such as SAWITU is invaluable to our brand.  The operations Manager, Wendy Petersen, is consistent, diligent and competent and most of all committed to ensuring success for black-owned brands.  This is crucially important for us, who are seen as the ‘pathfinders’ who crack the market for black-owned brands, but also for future generations wanting to pursue their business dreams in the wine industry.”

Both Malcolm and Ricardo agree that business is a long-term investment and that quality, consistency, service delivery and value for money are important factors for business growth and customers’ confidence in them and their product.

“Look at business as a business and don’t be influenced by any other factor. It’s your mindset that unlocks success”, Malcolm concludes.