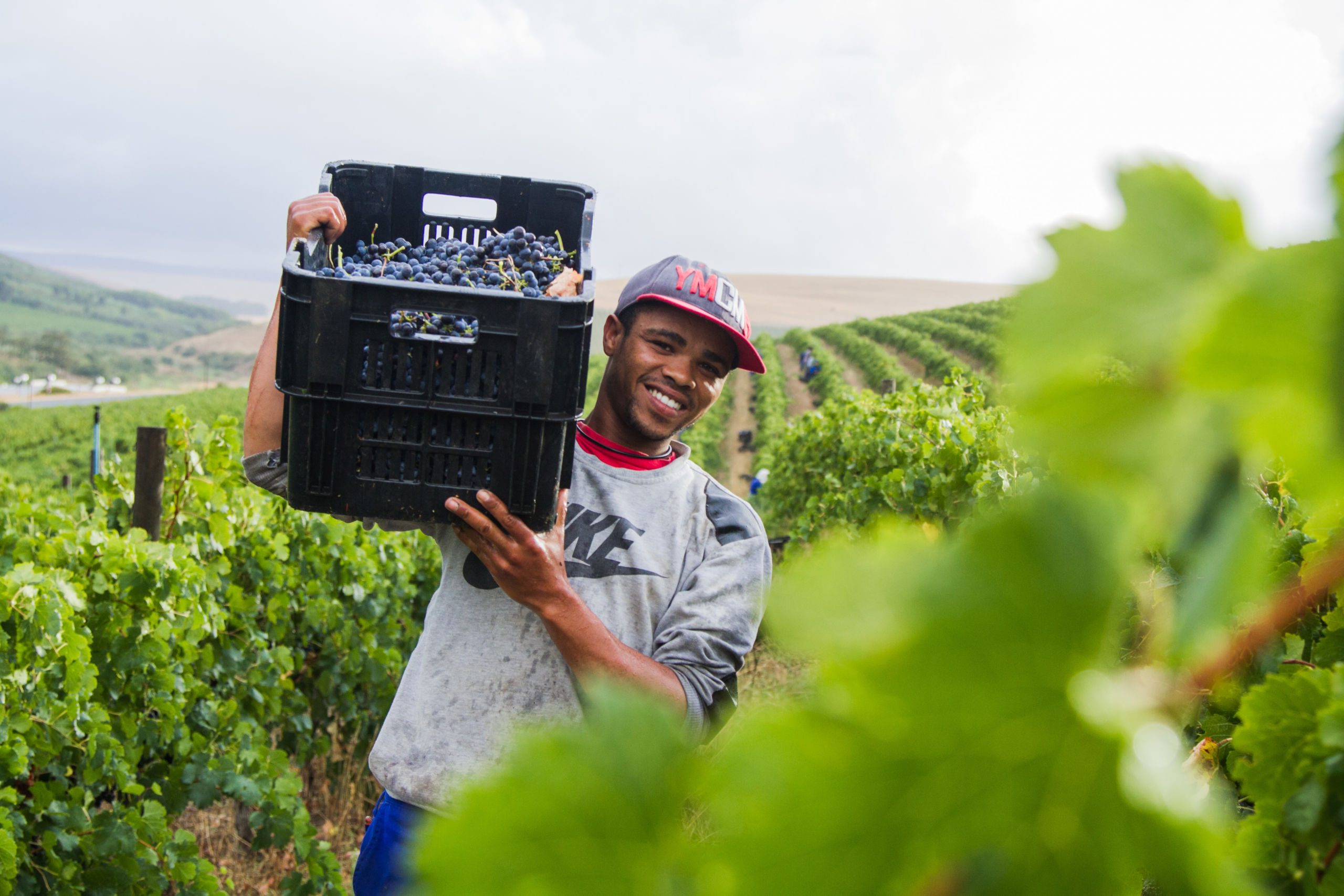 In a narrow valley of the Kleinrivier Mountains in the Overberg District is the Dreyer’s Family vineyards called Raka Wines. This is the southernmost mountain range in Africa and its slopes provide a variety of soil types ideally suited for vineyards. With breezes from Walker Bay and Agulhas, the Klein River wine district is cooler than the traditional wine growing areas of the Cape. It is here that a group of farm workers started growing their own vineyards.

The Dreyer Family is involved with different businesses across several sectors and have been staunch supporters of employee empowerment. In 2013, the Raka Empowerment Trust was formed for 20 of their farm workers. This led to the development of Akkedisberg Boerdery Pty Ltd, a farming entity which was allocated 20 hectares of land on a 30-year lease agreement from the Dreyer family.

They initially started with 4 hectares of vineyards in 2015, funded by the Western Cape Department of Agriculture (WCDoA) through the Comprehensive Agricultural Support Programme (CASP).  A further 3 hectares was funded with an interest-free loan from Raka Wines and over the years, Akkedisberg Boerdery expanded their vineyards to 16 hectares.

Like many similar farm worker empowerment initiatives, a big focus is skills development and mentorship.  This has been a slow process and a steep learning curve for the beneficiaries as the initial level of education needed to be raised first.

“A secondary aim of our employee development is to encourage beneficiaries to motivate their children to achieve qualifications that can be useful in developing Akkedisberg Boerdery further,” says Josef Dreyer, winemaker at Raka Wines and mentor to the group.

Two other factors stand out for this innovative empowerment initiative. The Dreyer Family has its commercial roots in fishing and the Trust owns shares in a fishing vessel, a clever way to diversify its revenue.  This entity paid out dividends, which is a huge encouragement for the beneficiaries of this developing enterprise.

Raka Wines has also committed to buy all the produce of the farm, although Akkedisberg Boerdery has the option to sell to any other buyer.

Future plans include producing their own wines sourced from their vineyards, but such plans have been put on hold as the industry still suffers from the repercussions of alcohol sales bans and the glut of wine in several key markets around the globe.