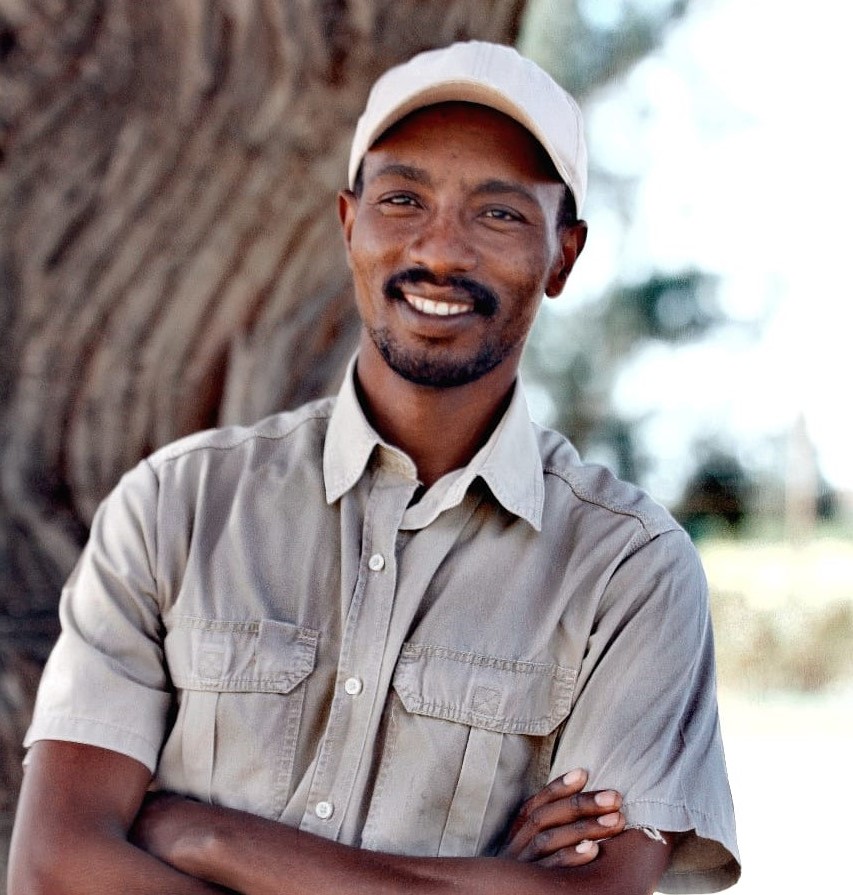 When one engages with Vuyani Charlie of Koekenaap in the West Coast region, there is no doubt that you are dealing with a man who is a farmer in every fiber of his being.  He is forever making plans to improve the farm and the growth and success he achieved over the last 6 years is indicative of his passion for farming and the immense knowledge he has of every aspect of the farming business.

Vuyani is the manager and shareholder of Ikamva Traders, a farm that he and his six fellow shareholders are renting from the state.  This is also the same farm he used to manage on his own for a large part of the twenty years he worked there for the previous owner.  One of the other shareholders, Emmie Swarts, recently joined Vuyani as director of the business and will be sharing the farming responsibilities.

When the farm was sold to the state in 2015, Vuyani and his fellow shareholders, who all worked on the farm at the time, started the process of a lease agreement of 30 years with the Department of Rural Development and Land Reform (DRDLR), with the option to buy the land.

The farm is almost 1600 ha and the lion share of the developed land is planted with wine grapes.   They have colombar, chenin blanc, sauvignon blanc, cabernet and shiraz, which they produce for Lutzville Vineyards.  Vuyani also plants sweet potatoes, tomatoes and gem squash and after some research on the soil type and a keen eye on market prices, started experimenting with cabbages.  The tomatoes are produced for Tiger Brands in Lutzville and the rest of the vegetables are delivered to markets in Cape Town.

The Covid-19 pandemic didn’t skip this keen farmer and their farming business.  Due to the repetitive bans on alcohol sales and reduced intake of grapes from the cellar, they had to reduce the temporary labour on the farm. “Emerging farmers don’t have reserve funds to fall back on, which makes it very difficult to sustain employment and continue to farm productively”, says Vuyani.  The SA Wine Industry Transformation Unit provided Covid-19 relief funds for three months during the first phase of the pandemic.  During normal peak harvest time, Ikamva employs between 70-80 temporary workers.

A challenging start to their new life

When Ikamva Traders took over the farm, the worker houses were in a derelict state, with cracking walls, leaking roofs, no running water inside and no proper bath- and toilet facilities inside the houses.  With no support from government or industry structures at the time, Vuyani had to borrow money and make many plans to keep the farm running and prioritize the most urgent upgrades.  They built a storage room with own funds to secure their implements and equipment.

“When Lutzville Vineyards required all producers delivering grapes to them to be WIETA accredited, I wanted to run away”, says Vuyani.  “We were already battling to restore the farm after the previous owner’s neglect of the infrastructure and equipment.  Ikamva simply didn’t have the capital to do the upgrades required for the WIETA audit.”

But the cellar didn’t leave them to their own devices.  Apart from offering financial assistance, they also joined forces with Optimaks, who provides an administrative support function to Ikamva, and guided Vuyani through the stringent WIETA process.

Ikamva applied for financial assistance from the Western Cape Department of Agriculture (WCDoA) and the SA Wine Industry Transformation Unit (SAWITU) to assist with the long list of infrastructure upgrades in preparation for the WIETA audit.

The WCDoA, via Casidra, helped with securing the pump house, upgrading the chemical store and to build a wash bay for the workers.

SAWITU assisted with the upgrades of the 6 worker’s houses on the farm. The financial investment by SAWITU, was supported by WIETA, who assisted with training for the farm workers.

“The team effort and all the hard work paid off in the end.  Ikamva received an A-grading in their WIETA audit”, says Rene de Lange, Ethical Trade Administrator for Lutzville Vineyards.

Wendy Petersen, Transformation Operations Manager, says that part of SAWITU’s mandate is to promote ethical practices and improve worker housing conditions amongst its members in the wine industry.  “We are very happy to have assisted in regaining our workers’ dignity and also assist Ikamva with their WIETA accreditation.   The workers, shareholders and their families now have decent housing to live in and their new ethical trade status will be beneficial for their business transactions and this in return will assist in financial sustainability.”

Vuyani and his team will be planting 6ha raisin grapes in August, with the financial assistance from Hortgro and is very happy that this investment will also allow them to employ between 20-40 temporary workers for the duration of the project.  He is also making plans to buy their own lorries to transport the grapes and vegetables, a larger tractor for the optimal use of their farm implements, a bigger dam to store more water in the dry season and the replacement of some of the older vineyards.

Ikamva means “our future” in Xhosa, and Vuyani, a-man-with-many-a-plan, is building a very bright and rewarding future for himself, his fellow shareholders and the workers on the farm.