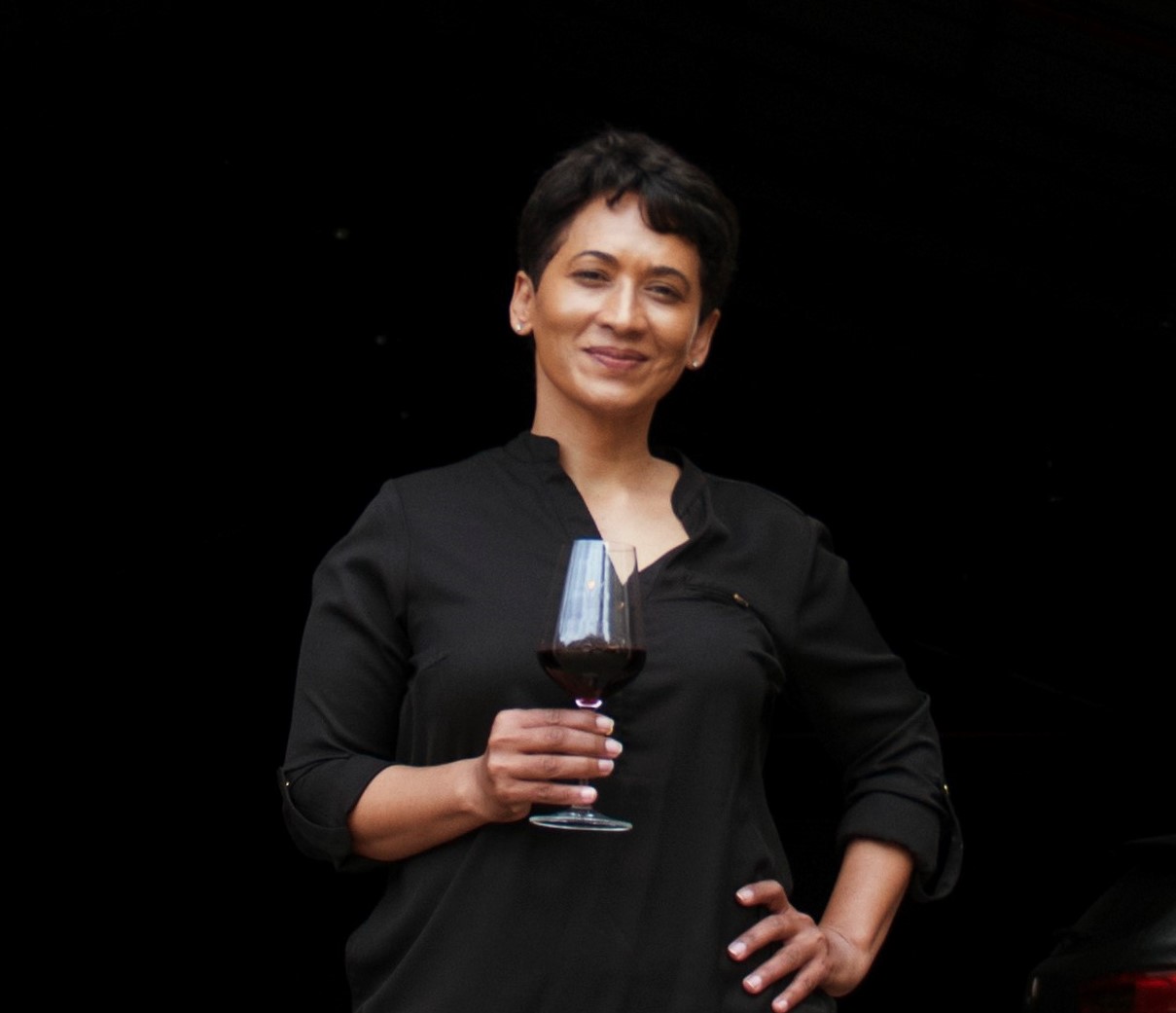 The words resilient and tenacious come to mind when one hears the name Carmen Stevens, owner of Carmen Stevens Wines in Stellenbosch.

Carmen had no easy entry into the wine industry when she applied to study winemaking shortly before the dawn of democracy in South Africa.

For most women in the 90’s, studying for a career that favored males was very difficult, but for Carmen, being a woman of colour and wanting to break through the man-made wall painted ‘reserved for whites’, it was even more extreme.  Being declined twice due to her race, she eventually forced the college to accept her, and was subjected to the worst levels of racism and victimization during her student years at Elsenburg College.

When fellow students told her she would never graduate from this college, her determination to finish what she started paid off, and Carmen made history when she became the first black person and black female to qualify as winemaker in South Africa in 1995.

It starts with a goal

Since reading a novel about a Californian winemaker, Carmen was set on becoming a winemaker herself who would one day own a winery and produce wine under her own label.

After working in the wine industry for more than a decade, she started making her own wine in 2011 and established the first black-owned and woman-owned winery in the country in 2019.

Carmen set very high standards for herself and her business, winning numerous awards and accolades for her quality wines and her savvy as a businesswoman.

When she was interviewed as Entrepreneur of the Year 2019, Carmen stated “I have full faith in the product we produce and the business I’ve built….each award serves as validation for all the hard work we put in, day in and day out. To be recognized for my passion is even more of a victory for me.”

Partnerships helped her push through

True to her nature, Carmen doesn’t easily back down from a challenge.  When Rowan Gormley, the founder of Nakedwines.com offered her promotional space on his online platform to market wines that she hasn’t produced yet, Carmen first thought it was crazy, but took the opportunity anyway.  They raised R1,2m in 10 hours with pre-orders for the Carmen Stevens Shiraz and Chenin Blanc, which more than covered the production costs of the wines.  Now the next challenge was to find a winery where she could produce her wines.

Working for Amani Vineyards at the time and producing award-winning wines for them, Amani was reluctant to see her go and agreed to rent her cellar space while still working for them.  Carmen increased her volumes year on year and were able to rent a bigger space in 2019 thus opening the first 100% black owned winery, not only in the historic Stellenbosch area, but also South Africa.

Carmen was announced as both the provincial and national Top Entrepreneur for Export Markets at the Department of Agriculture’s Entrepreneur Awards in 2017.  The prize money helped her to bottle some of her wines for that season.  She also applied for grant funding from the Western Cape Department of Agriculture to buy her own tanks and equipment, which she rented at a huge cost before.

As a member of the South African Wine Industry Transformation Unit (SAWITU), Carmen could apply for the assistance programmes they have available.  “SAWITU helped me with my new liquor license and trademark registrations, but what I am most grateful for, is the COVID-19 relieve funds, which enabled me to pay my cellar staff their full salaries during the ban on alcohol sales.”

Carmen also received funds for equipment and marketing to expand her business and increase her national market.  Carmen Stevens Wines are predominantly exported to the UK and USA.

“I have the utmost respect for the amount of work Wendy Petersen and her small team put in to help black-owned wine companies succeed.” They are true transformation warriors that has identified, assisted and help grow the black participation in the SA wine Industry in the past 3-4 years.

This trailblazer and very popular winemaker is not nearly done with her “to-do” list.  Carmen loves one-on-one marketing and plans to have her own tasting room on a small piece of land, where she can present her wines in the ideal ambience to buyers and a growing number of consumers.

Carmen believes in giving back and has a particular soft spot for children.  Growing up in communities where poverty and hunger are daily realities, she started the Carmen Stevens Foundation around the same time she started making her own wine.  The Foundation provided 400-500 learners with a cup of soup three times a week in 2011.  Today, with funds from the annual fundraising on nakedwines.com, they provide over 10 000 learners from 53 schools with breakfast and lunch daily. This food programme created around 79 job opportunities to date.  Carmen will be increasing the numbers to 18 000 learners with the partial proceeds of wines sold locally.  Running a charity of this magnitude requires a significant amount of time and the Foundation appointed someone in 2020 to assist and enable the Foundation to achieve their goals.

Carmen’s footprints will always trace back to 1995 when she qualified as the first black winemaker in South Africa, but she will also be known for her world-class wines and generous heart.

“I would like to think that my legacy is about opening doors for others; making beautiful wines, wine that was seen as an evil then, now enabling learners to enjoy food at school to give them a better chance at succeeding at school”, says Carmen.  And just like Carmen didn’t take “no” for an answer, she teachers her daughters that “no” is not an option and that they should pursue any dream they set their hearts and minds on.